History of the Whitin Community Center

A Gift to the Community

The historic mill village of Whitinsville and the Whitin Community Center exist today because of the success and generosity of generations of Whitin families. Beginning in the early 1800’s, the Whitins amassed their fortune milling cotton and manufacturing textile machinery. The Whitinsville Cotton Mill and the Whitin Machine Works grew into industrial giants, and with their growth emerged an entire community. The company’s workers were cared for in a paternalistic style that went far beyond the provisions of wages and housing. The Whitin family built churches, fire stations, a reservoir for water and recreation, a hospital, town hall, and even a retirement home. For over 150 years, the family’s commitment to strengthening the quality of life continued.

The American Industrial Revolution radically altered the way people worked in the Blackstone Valley. People left the farms and came to live in villages where the shop whistle replaced the crow of the rooster and the setting sun to determine the routine of the day. Recreational activities became important adjuncts to the dictates of the workday in the mill.

G.M. Whitin had a vision for Whitinsville. As Treasurer and CEO of the Whitin Machine Works from 1886 to 1920, G.M. was a man who prized service to his community. He planned the construction of a gymnasium in which young and old, men and women, of every race and creed could find a center for their athletic pursuits; where everyone could learn to swim in the pool, and social activities would bring people together. G.M.’s goal was to make Whitinsville a better, happier, healthier, and more congenial place in which to live.

After Whitin’s death, his four daughters: Elsa, Katharine, Lois, and Elizabeth, saw G.M.’s dream through to its completion. In 1922, the Whitin daughters gave the funds to build a gym and pool for the enjoyment of local citizens in memory of their father. This recreation center, known affectionately in earlier days as “The Gym,” was one of the finest facilities in the state. During the ‘20’s and ‘30’s, the WCC was known for its excellent aquatics program and served as a regional training site. Several local swimmers went on to compete nationally and internationally, including Alice Bridges of Uxbridge who placed second in the 100-meter backstroke competition during the 1936 Olympic games in Berlin.

The gym basketball team hosted some of the best professional teams in the country such as the Philadelphia Colored Giants led by the inimitable Jackie Bethards and Lack Clayton and the Detroit Clowns coached by Bobby McDermott. The original Boston Celtics (pre-NBA vintage) with outstanding players “Fiddle” Morley and “Rusty” Saunders also thrilled crowds.

The Whitin Community Center has not been without its challenges. Devastated by fire in 1959, the community rallied to support the center with a strong belief that the WCC’s mission and benefit to the community was unparalleled. With a prominent showing of financial and moral support from the trustees, business and civic leaders, and friends, the Gym was rebuilt.

When the Whitin Machine Works closed its doors in 1967, the Whitin Community Center struggled financially. While operated as an Association of Members with nominal fees applied toward operational expenses, the Whitin Machine Works had heavily subsidized the Center’s operational budget. Even heat for the building was provided through pipes under Main Street supplied by The Shop. It had been an artificial independence and when the subsidy disappeared, it was difficult for people to understand the Center’s financial turmoil, especially when they themselves were reeling with the closure of The Shop and loss of employment. The era that followed was very difficult for everyone. But, people in this region are exceptional and buoyed by the same spirit of the late G. M. Whitin, the trustees and others worked diligently to ensure that the Whitin Community Center remained a steadfast resource.

The ‘90’s was a period of significant expansion. A state-of-the-art adult fitness center was added along with new classrooms for the child care program. A new lobby, elevator, and racquetball courts completed this expansion phase, and most of the original 1922 building received a comprehensive face lift. In 1995, the Center’s three outdoor tennis courts were completely refurbished. Ground was broken in September 1996 for a new state-of-the-art competition sized swimming pool. This new facility opened briefly as an outdoor pool (summer 1998) and then was enclosed for year–round use, reopening in March 1999. A comprehensive project to restore the historic appearance of the Main Street facade was undertaken in 1998-99, funded by individuals, local companies, and the Massachusetts Historical Commission. Also in 1999, the Center’s parking facilities were expanded to accommodate the increased business. An ambitious plan to restore and beautify historic Whitin Park (the 7.5 acres behind the Whitin Community Center) was unveiled in early 2000. The nearly 1 mile of stone perimeter walls were rebuilt, repointed, and recapped. New walking trails were surfaced, and beautiful park lights and bollards have been installed. In the location of an original Whitin estate building – the rustic teahouse – the Gerry Gaudette pavilion was built. This open air shelter is used by the Center and the community-at-large. Most of the expansion was funded through capital campaigns that rallied the regional community in support of THEIR Community Center. Membership doubled and fees funded all operational expenses.

The Whitin Community Center today is a vibrant organization with more than 5,000 members. The Center also, through its mission, services at least as many non-members. It is a recognized 501 (c) (3) non-profit organization providing child care and family recreational services and benefits from its strong community support.

In existence for over 40 years and with more than 200 families currently served, the Whitin Community Center’s child care program – Blackstone Valley Children’s Place – is the largest child care center in the Blackstone Valley offering 4 child care programs – Group Child Care, Preschool, Kindergarten Prep, and a large School Age program which provides supervision before and after school, and full days during school vacation periods. (The school age program, one of the first in the state, was chosen as a model by the Commonwealth’s Office for Child Care Services in writing its licensing regulations.)

Over 2,000 adults participate in the Center’s health and fitness programs. Hundreds exercise regularly in aerobics, aqua aerobics, and lap swimming programs. Both adults and children play in organized basketball leagues. American Red Cross swim lessons are taught to children starting as young as six months old. The Center is proud of its large senior citizen membership.

The Whitin Community Center initiated the Youth Outreach Program in 1996 in an effort to open the doors to all children, independent of fee or membership, to enjoy the benefits of a weekly recreational program on Saturdays. That program has since been expanded to include a Summer Youth Theatre Program, an after school Youth Center in the Rockdale section of Northbridge, MA, and the Mentoring Partnership. The goals of the Youth Outreach Program are to encourage children, ages 5-17, from all socio-economic backgrounds to enjoy and respect each other by developing friendships, individual self-worth, and a sense of fair play, team spirit and cooperation in a safe and supervised environment.

The Whitin Community Center exists in the community as a valuable resource. Many groups, clubs and organizations use the Center as their regular meeting place and the WCC hosts the highly acclaimed “Operation Graduation” — the annual overnight graduation party for Northbridge High School and Uxbridge High School seniors. It is one of the major sponsors of the Blackstone Valley’s “Greenway Challenge,” a team relay race from one end of the valley to the other with runners, cyclists, and paddlers. The Center’s 90 year history is full of examples of what an important resource it is to the Blackstone Valley community. As the next century begins, the Center is ready to continue this strong commitment to the people of our area.

For more information, please visit WCC In The Community. 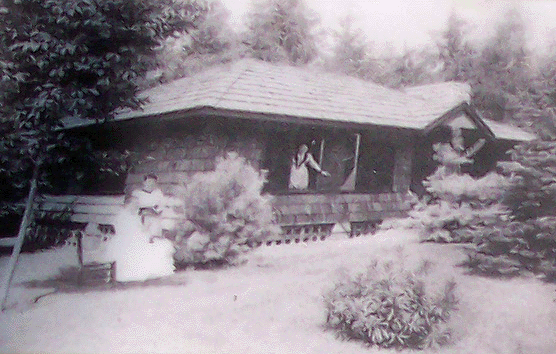 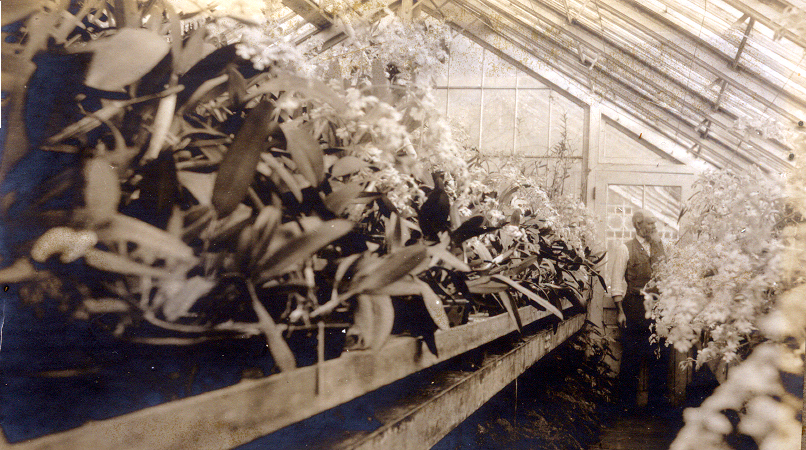 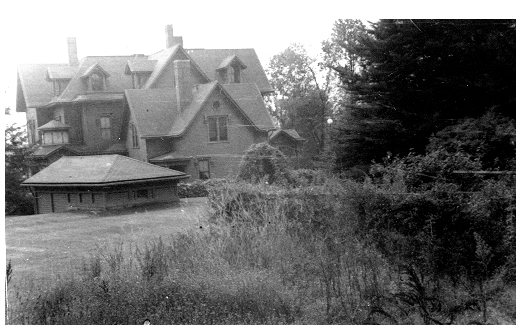 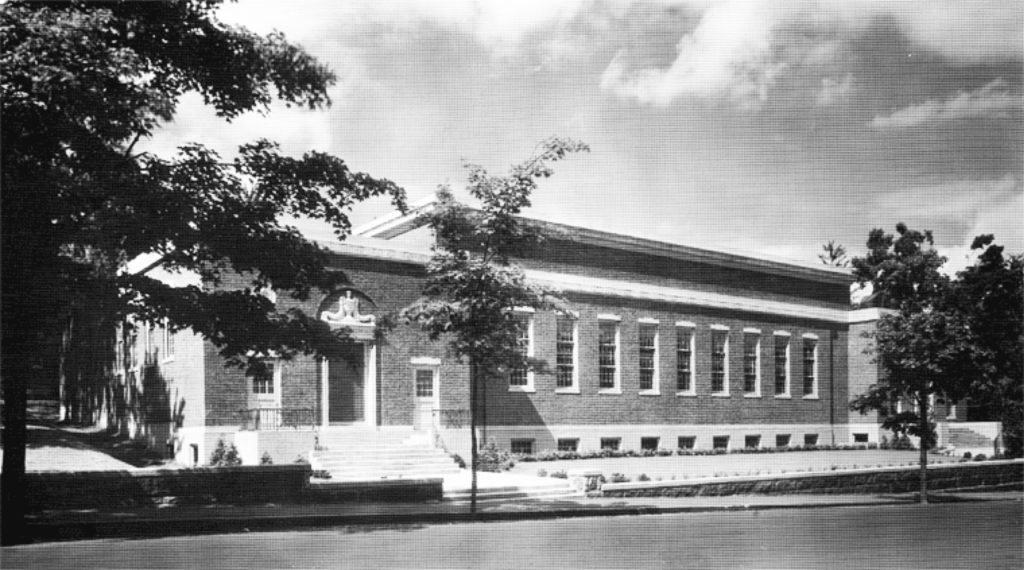